To get to the studio, of course.* 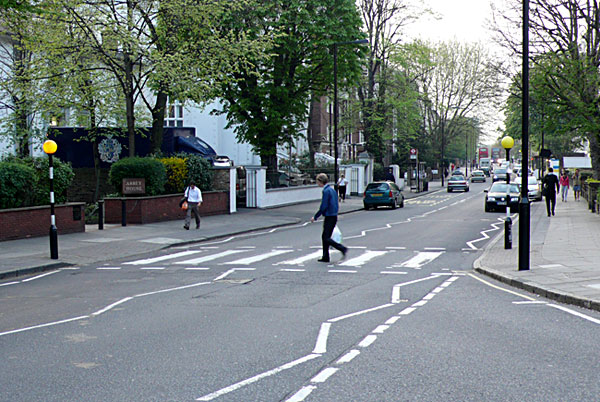 The kids and I were in London and we went to Abbey Road (which is a lovely residential area btw). Naturally, we had to photograph the famous crossing which is on the cover of the Abbey Road album. The EMI recording studio where the Beatles recorded it in 1969 is the building behind the low white wall with the van parked in the drive.

It’s clearly a place of pilgrimage. The wall in front of the studio has lots of inscriptions. Like this: 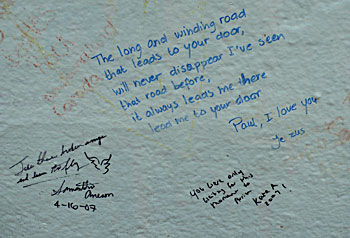 On thing I hadn’t known is that Edward Elgar had an association with the Studio. There’s a plaque to prove it. 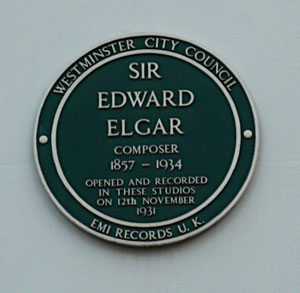 *Hmmm… Just checked the album cover on Wikipedia, and the Beatles are actually walking away from the Studio. Collapse of stout hypothesis.