This is why I love the Web. Evan DiBiase, an undergraduate in the School of Computer Science at Carnegie Mellon University, writes:

Before installing any iTunes upgrade, I dump the strings from the old iTunes binary. Once the new version has installed, I diff* the new version’s strings against the old’s, to see what shows up.

When I did this for the recent 7.5 upgrade, I found the following interesting (new) strings…

Such a simple idea. Such a smart idea. And guess what it reveals? Coming soon to an iTunes store near your screen: video rentals. 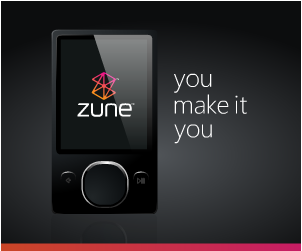 … and wondered what it might mean. The answer is simple: Microsoft’s Zune publicists don’t speak English. (Mind you, Apple’s are no better: remember the ‘Think Different’ slogan? Now if it had been ‘think differently’…)

*Footnote for non-techies: diff is the Unix/Linux which compares two files and lists the differences between them.