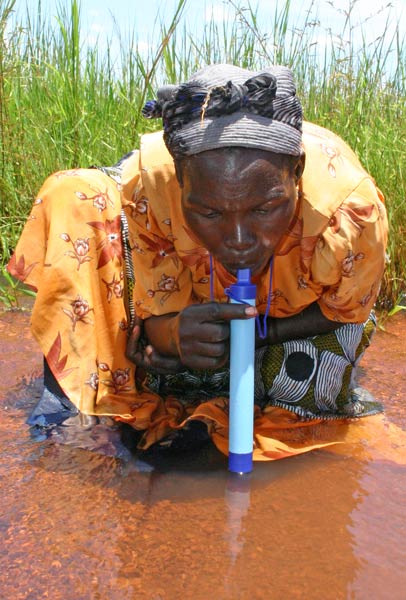 People can safely drink from polluted bodies of water through the go-anywhere LifeStraw, which filters more than 99 percent of life-threatening bacteria and viruses. It costs up to $5 and lasts about a year, filtering 2 liters per day. A quarter of a million LifeStraws are in use throughout Asia and Africa, where nonprofit groups distribute them following emergencies, such as this month’s monsoon floods in India.

LifeStraw maker Vestergaard Frandsen is working to develop water filters to shut out toxic chemicals, such as arsenic found commonly in Bangladesh. Its new household filter can handle 15 times the amount of water as the straw. The Swiss company spent millions of dollars over a decade to develop the LifeStraw, which grew out of the nonprofit Carter Center’s goal to eradicate the Guinea worm disease. The prevalence of this ailment, caused by a water-borne parasite prevalent in western Africa, has shrunk to less than 100,000 cases from 50 million in the 1950s.