Hmmm… Interesting paper by G. Orosz and G. Stépán in the September 08, 2006 issue of Proceedings of the Royal Society of London A on “Subcritical Hopf bifurcations in a car-following model with reaction-time delay” which purports to show how major delays occur on motorways with no apparent cause.

Important stuff this, and no mistake. I mean to say, how many times have you been baffled when you finally reach the end of a tail-back only to find no visible cause for the delay? Now, a team of mathematicians has developed a mathematical model to show the impact of unexpected events such as a lorry pulling out of its lane on a dual carriageway. Their model reveals that, by slowing down below a critical speed when reacting to such an event, a driver would force the car behind to slow down further and the next car back to reduce its speed further still. The result of this is that several miles back, cars would finally grind to a halt, with drivers oblivious to the reason for their delay. The model predicts that this is a very typical scenario on a busy highway (above 10–15 vehicles per km). The jam moves backwards through the traffic creating a so-called ‘backward travelling wave’, which drivers may encounter many miles upstream, several minutes after it was triggered.

Quite so. I thought you’d like a peek at the model which produces these interesting findings. 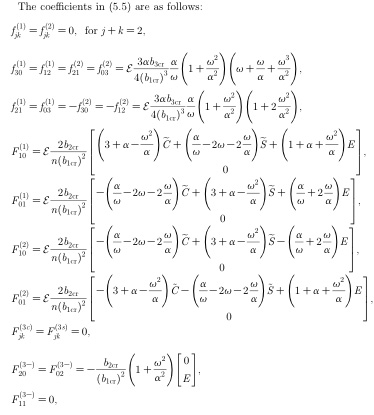 Obvious, when you think about it.