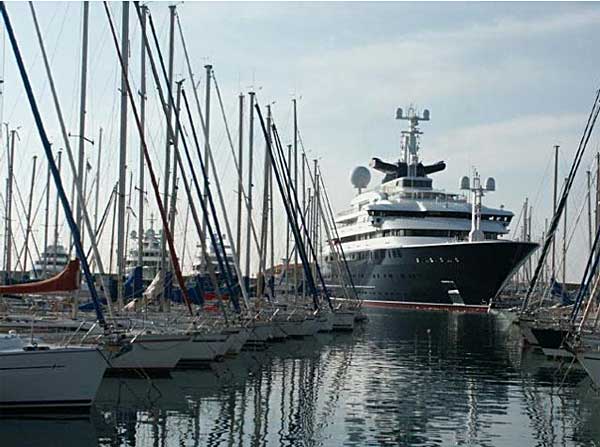 This is Microsoft co-founder Paul Allen’s boat, trying to dock at Antibes. I first heard about it on Stephen Heppell’s phone blog, and followed the link to the pdf brochure. It’s called Octopus and is allegedly the world’s largest privately-owned yacht. It cost Allen over US$200 million and has a permanent crew of 60, including several former Navy Seals.

The vessel has two helicopters, seven boats, a 10 man submarine and a remote controlled vehicle for crawling on the Ocean floor. The submarine has the capacity to sleep eight for up to two weeks underwater. (Er, why would anyone want to sleep for eight weeks underwater?)

According to the brochure, on average, owners must spend a minimum of 10 percent of the purchase price every year to keep these yachts in good working condition and cover crew salaries. Therefore “Octopus” requires a US$20 million annual budget.

I’m sure that all those dedicated Windows users will be delighted to see that their license fees are being so well spent. Here, for example, is the ‘Starboard Bar and Spa’. 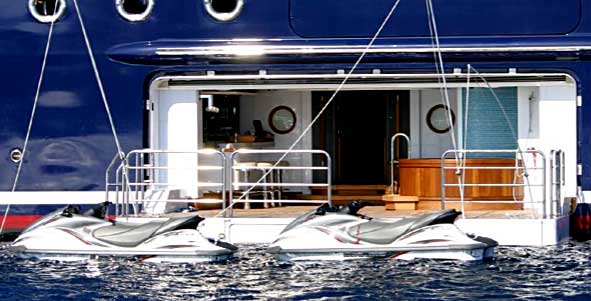 So tasteful, don’t you think? And how thoughtful to include a hot tub.