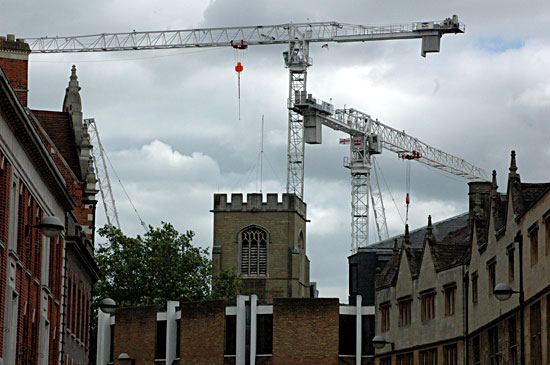 The construction of the so-called ‘Grand Arcade’ proceeds apace. Soon this lovely medieval city will have exactly the same kinds of shopping mall as Gateshead or Dubai. A glimpse of a previous generation of commercial vandalism (in this case the early 1970s redevelopment of Lion Yard) can be seen in the foreground. (Fittingly, that building was the first — rented — location of the Microsoft Research lab.) When I am Supreme Ruler, Lion Yard and Grand Arcade will be bombed flat using precision-guided munitions. (The occupants will be given due warning and time to collect their belongings before fleeing: I am a hard man, but fair.)