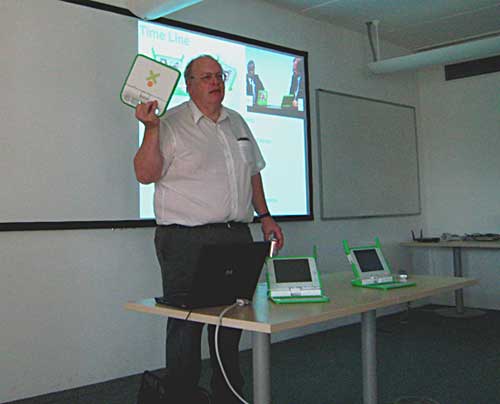 Jim Gettys, VP of Software for the One Laptop Per Child project was in Cambridge today and gave an impromptu seminar at the Computer Lab. It was a fascinating insight into the amount of hard work and ingenuity that has gone into the design of this elegant little gizmo: 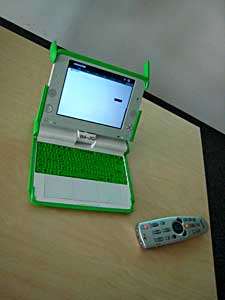 Jim had three of the laptops in his bag and left them out for us to examine.

I took notes as he talked and may blog a full account later. But, looking back, the headlines are:

After Jim had finished, he was mobbed by a few people. The students went straight for the laptops, though! 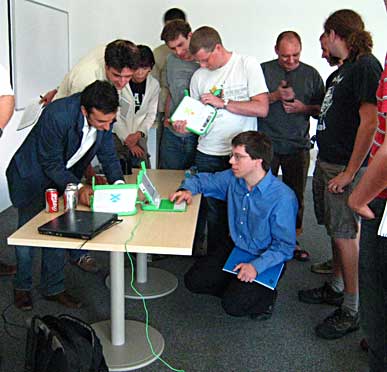 All in all, it was a terrific event. Thanks to Jon Crowcroft for organising it.

Postscript: The “bunny ears” on the laptop are in fact WiFi antennae!