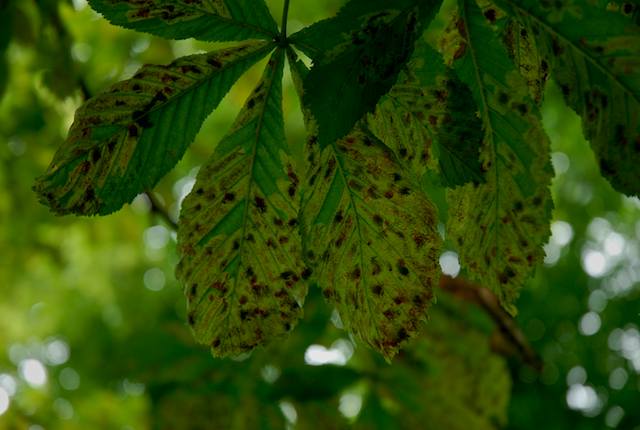 I love Horse chestnut trees, and so am worried by the fact that many of them appear to be ailing — at least in East Anglia. From a distance, they look as though they’re going brown, as if Autumn has arrived suddenly and early. Close-up, their leaves are mottled like this. 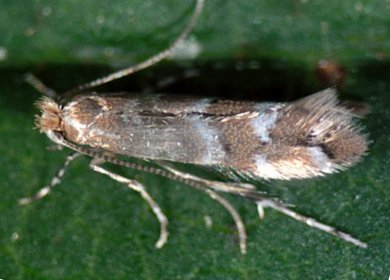 Here’s the culprit: a ‘leaf-mining’ moth called Cameraria ohridella. According to the Forestry Commission, the damage is caused by its larvae. “The spread and establishment of C. ohridella is of particular concern”, it says, “because once established, the moth appears always to maintain exceptionally high rates of infestation without any evidence of decline. In European towns and cities there has been no decrease in populations even after many years, and severe damage to horse chestnuts has occurred on an annual basis, greatly impairing the visual appearance of the trees”.