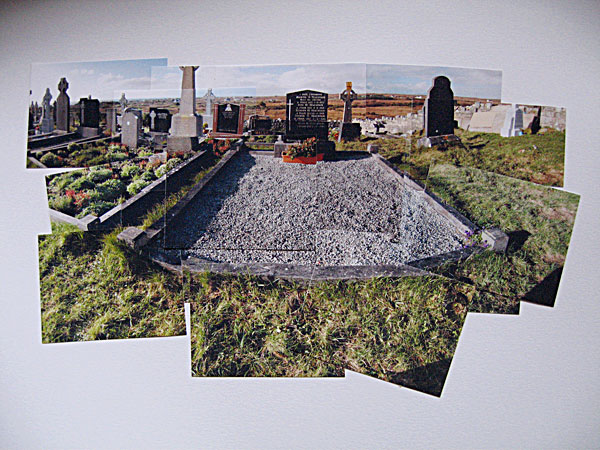 One of the photographic forms I really admire is David Hockney’s ‘Joiners’ . Like all great artists, he makes it look easy. But actually it’s fiendishly difficult to do well. This is an attempt I made to convey the feeling of the Connemara graveyard in which my grandparents (and five of their children) lie buried. It’s a beautiful, peaceful, windswept place, from which you can see Galway Bay and the Aran Islands, and somehow cried out for something better than a static picture. But this doesn’t work because, for example, I missed out the heads of two of the Celtic crosses. You can’t read the headstone at this resolution, but it reveals that, in 1922, two of their children died within a week of one another (both from infectious diseases now routinely vaccinated against). And they lost another child just a year later. The horror is unimaginable. But that’s what life was like in rural Ireland in those days.