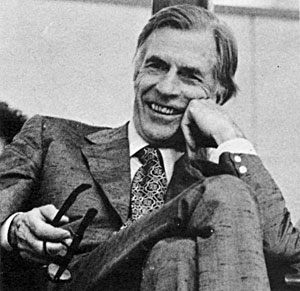 He was the person who first awakened my interest in economics. I read The Affluent Society as a teenager and drew from it the idea that economics might actually be an interesting and relevant subject. (Later acquaintanceship with professional economists cured me of that illusion.) He had a wonderful, elegant, laconic style — he wrote the way Macaulay would have written if he had been tall (JKG was 6’8″ and drew an innate sense of superiority from the fact that he always found himself looking down on people — even the President of the US whom he served as Ambassador to India.) My guess is that most professional economists loathed him. I met him once — when he was a Visiting Professor in Cambridge and a Fellow of Trinity. I never go to Ireland without thinking of his phrase “private affluence, public squalor”. Mixed obits in the NYT, the Guardian and The Times.