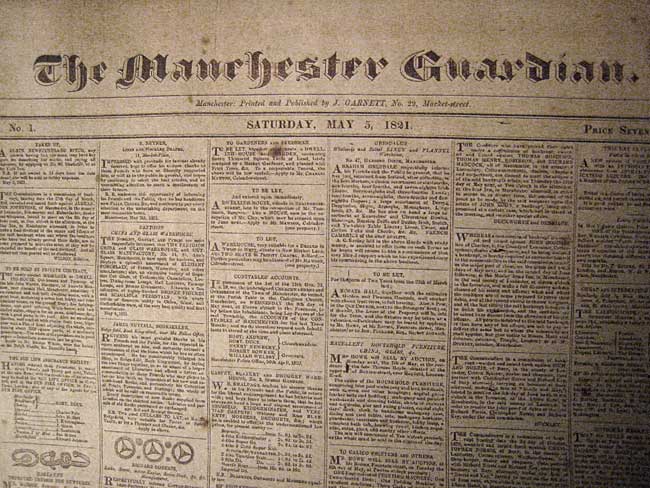 Yep. Today’s edition is the 50,000th. Quite an achievement and one marked by publishing a facsimile of the very first edition. “It is unlikely”, said the blurb, “we would [today] lead the paper with an ad for a lost dog”. The ad reads:

A BLACK NEWFOUNDLAND BITCH, and person having lost the same may have her again on describing her marks, and paying all expences, by applying at No. 80 Shudehall or at the York Inn.

NB If now owned in 14 days from the date below, she will be sold to defray expences.

The price of the first edition was seven pence, which I imagine was a substantial sum in those days — equivalent perhaps to the £3.95 that I pay for the New Yorker in a newsagent.