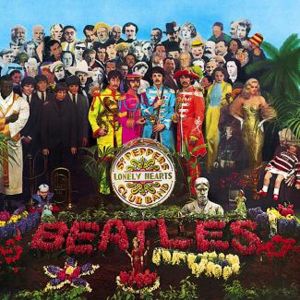 …Sergeant Pepper’s Lonely Hearts Club Band was released. Peter Blake, the artist who did the cover, was interviewed on Radio 4’s Today programme this morning. He was asked if anyone had refused to allow their image to be used. “Yes”, he replied, “Mae West. She said ‘What would I be doing in a lonely hearts club band?'”.

What a dame! She left a legacy of quotes that rivals Dorothy Parker’s. For example: “Anything worth doing is worth doing slowly.” And: “I’ll try anything once, twice if I like it, three times to make sure.” And: “Good sex is like good bridge. If you don’t have a good partner, you’d better have a good hand.”

She agreed in the end to appear on the album cover — but only after all four Beatles had written to her individually.