I’m very interested in finding way of communicating the essence of important technological issues to lay audiences. The advantages of open source software are readily obvious to techies, but opaque to anyone who has never written a computer program.

So when I talk about open source software nowadays I find it helpful to talk about cooking recipes without mentioning computers at all. To communicate the importance of the ‘freedom to tinker’ that free software bestows on its users, for example, I invite people to ponder the absurdity of not being allowed to modify other people’s recipes for, say, Boeuf Bourgignon or fruit scones. I often make BB without using shallots, for example, and just chop standard onions into largish chunks. (It saves time and IMHO doesn’t materially affect the ultimate taste. And if a purist objects, I can always christen my modified recipe “Beef in red wine” and tell him to go to hell!) 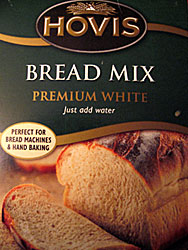 with a recipe for baking bread. 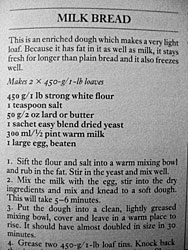 Most people grasp intuitively that the ‘open-source’ recipe gives you certain important freedoms that the ‘compiled’ bread-mix doesn’t.

Now comes an equally homely way of communicating to a lay audience what a news aggregator does.

A blogger compiled her own table of contents for several fashion magazines, mashing them up to make the one magazine she wanted (instead of the half-dozen ad-filled craptacular glossy anorexia advertisements that she had). If you’re struggling to explain the value of aggregators to offline people, this is a good place to start: magazines are often only 10% relevant to you, so what if you could extract the few good articles from a lot of mediocre magazines to get one really good magazine?