I went into Killybegs this morning to buy the papers and parked by the quay. Just after I arrived, two police cars and a coastguard jeep arrived. The cops sealed off the slipway. Shortly after that a hearse arrived, followed by a priest. It was clear that there had been a death at sea and they were waiting for the body to be brought ashore. 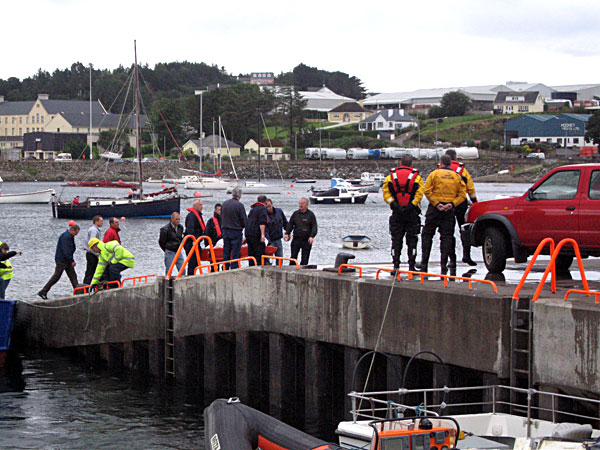 After about 20 minutes, a coastguard launch appeared, and a body was carefully lifted ashore. There was a pause while the priest said some prayers over the body, which was then placed in a plastic coffin and loaded into the hearse, which departed quietly. Only then did I notice a small group of men, standing smoking and talking quietly at the end of the slipway. 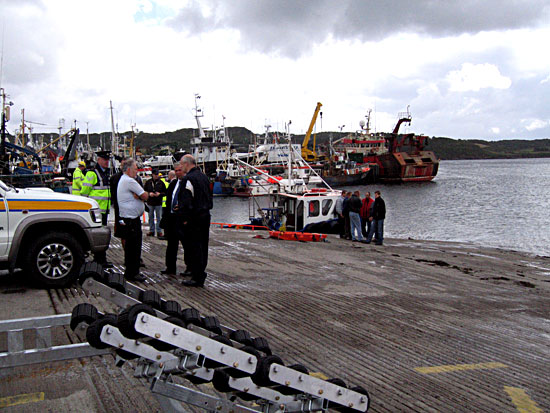 As I left, they were led off by the cops to the local police station. My guess is that they were the dead man’s shipmates. The consensus on the quay was that they were from a Russian ship which was anchored round the coast near St John’s Point. It was all very quiet and dignified and efficient. An everyday tale of life and death at sea.