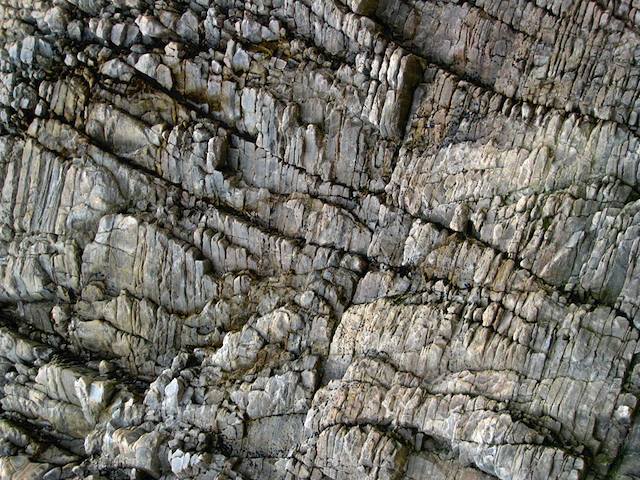 The Donegal coastline makes one want to be a geologist. Walking it leaves one awestruck by the evidence of the forces which have shaped and tortured the trillions of tons of rock which makes up this landscape. Looking at the segment shown in the photograph (at Maghera, near Ardara) I fell to thinking that, to a geologist, it’s probably like an open book, whereas to me it’s just awe-inspiring and opaque.

And then I fell to thinking about Charles Lyell, the geologist without whom Charles Darwin’s theory of evolution by natural selection would have been incomprehensible. Evolution needs aeons to do its work, and it was Lyell who provided the evidence that the geological timescale was sufficient.