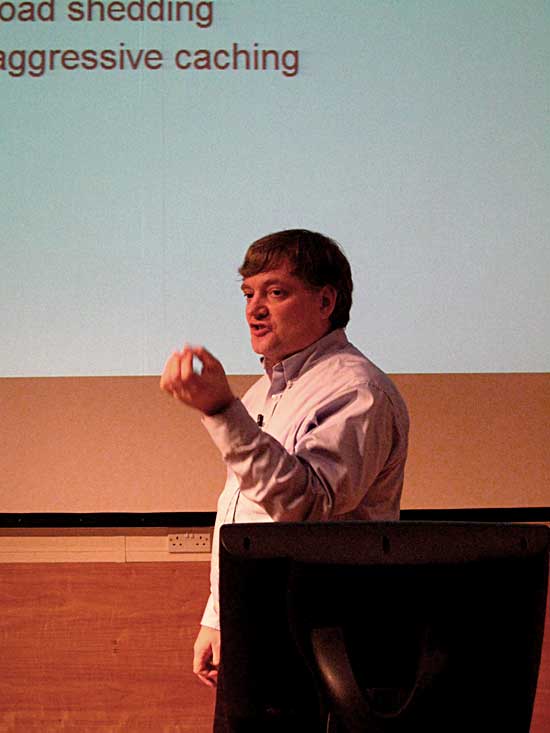 Mike Burrows, Google’s Principal Engineer, came to the Cambridge Computer Lab on Wednesday to give a talk on “The Chubby Lock Service for Loosely-Coupled Distributed Systems”, a large-scale distributed lock service used in several Google products. This is a gig he’s done before, but it was interesting to see him in action. As he was talking, the thought that came to mind was that Google has two main advantages over the competition: one is the PageRank algorithm; the other is its ability to manage the Googleplex — the enormous, distributed computing resource that the company owns and operates. Mike’s work is a key element in the latter.