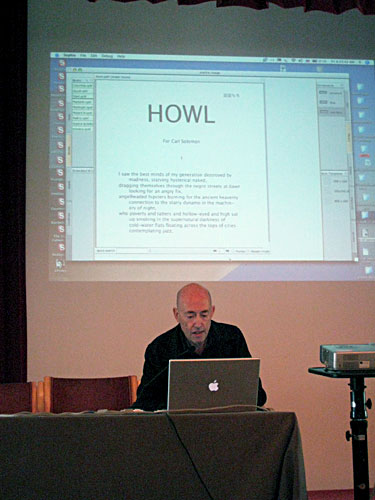 At the ENTER_ conference in Cambridge yesterday, Bob Stein of the Institute for the Future of the Book gave a terrific demonstration of Sophie — an open source multimedia authoring tool — which he and his colleagues have been developing for some years. It looks like sensational software, but is currently only available as an alpha version*. When I asked Bob about dates for likely availability, he shrugged gloomily. The project runs out of money next Monday — two days from now.

*Correction: I’ve downloaded the alpha version and although it’s got rough edges, it’s very impressive. Think of it as DTP software for creating multimedia objects. There must be lots of universities and other teaching institutions which could find many uses for this. Surely there’s a basis for finding the necessary funding support for the small team working on the code. One model could be the way my own institution (the Open University) decided to use Moodle as the basis for its Virtual Learning Environment and is now providing significant support to the Moodle developer community. I normally hate (and am suspicious of) the term “win-win”, but these kinds of arrangements seem to me to qualify for it.