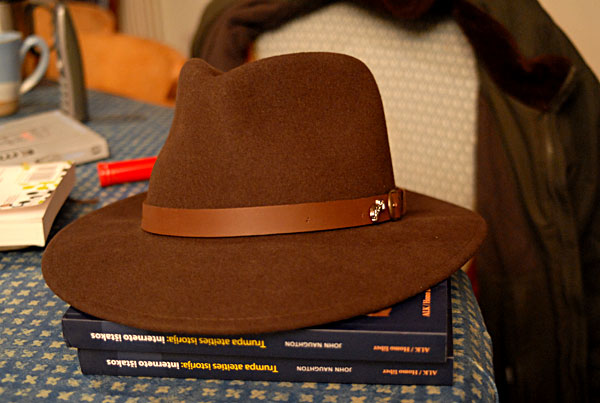 Before Christmas, I lost my fedora. My colleagues unkindly attributed its disappearance to the fact that I had been obliged to eat it. In fact I had left it in the back of a London taxi-cab on the way to an OFCOM dinner. Since then I’ve searched high and low for a replacement. I could only find an equivalent in the US; it seems that British hatters don’t do crushable headgear. Anyway, it arrived yesterday. I am overjoyed, but not half as pleased as the cats, who are indifferent to the hat but think that the box in which it was Fedexed is just dandy. 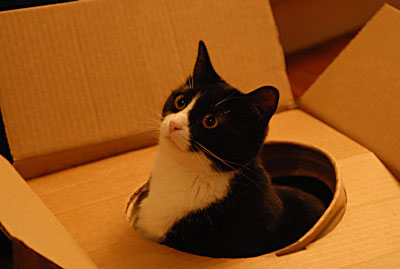 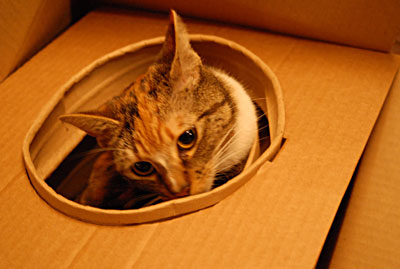