Geoffrey Wheatcroft, in splendid form on a subject dear to my own, er, head.

Whatever the socio-economic explanation, men did once wear hats, and now they don’t. As it happens, I am one of the exceptions. I always wear a hat of one sort or another. Men who wear hats (I’m not sure about women) are widely supposed to be making a statement, as it’s called, perhaps of a politically reactionary kind. My late friend Richard Cobb, the great Oxford historian of France, pointed out that there, before the war, the choice of headgear was full of political significance, but that was when everyone still wore a hat, and your statement was left or right, whether proletarian casquette (cloth cap), or Basque beret. Since I know unimpeachable men of the left who still wear hats, this may, like many things, be a matter of temperament rather than ideology.

In any case, there’s something much stranger about this terror of titfers, in utilitarian rather than symbolic terms. Hats aren’t there merely for show, they serve a vital purpose, which one might think too obvious to point out: to keep the head warm and dry. Wearing a silk hat to Royal Ascot is probably affectation, and wearing a panama with a club ribbon is childish, but not wearing a hat at all in the British winter is insane. I’ve tried at length to explain to my son that four-fifths of body heat escapes through the head but, like anyone of his age, he thinks hats – apart maybe from hoodies’ hoods and back-to-front baseball caps – are terminally uncool. 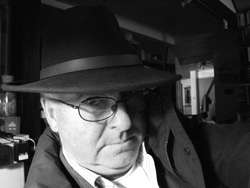