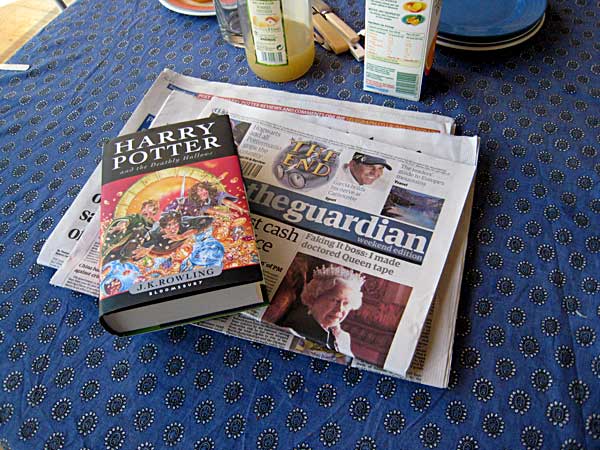 Yesterday (21st) was the official publication day for the last of the Harry Potter books. Early in the morning, in a village in Deepest Provence, I found that the local newsagent had acquired six copies of the English edition — for which she was charging full whack, plus. As I handed over the loot (I am, after all, a doting parent), I reflected on the wonders of capitalism: some entrepreneur reckoned that there were enough crazy Anglos around Provence at this time of the year to make it worth ordering and shipping a few copies. Later on in the day I checked back — and all the books had gone.