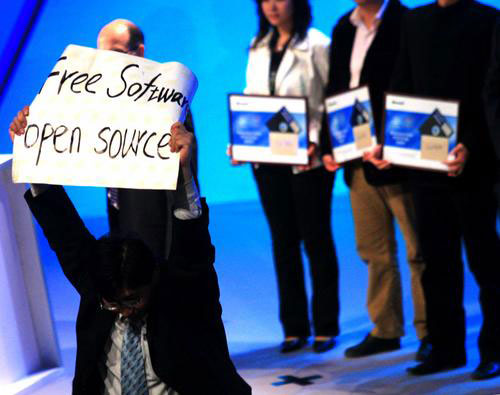 Like most senior executives of western companies, the Microsoft Chairman has been assiduous in sucking up to the Chinese government. Recently he was rewarded with the title of “Honorary Manager” at a ceremony at Peking University. He also gave a lecture on “China’s Creative Future”. So it was highly fitting that he was greeted by a chap proclaiming the merits of Open Source software. The demonstrator, I need hardly add, was bundled away and is no doubt languishing in gaol.

Thanks to Rex for the link.