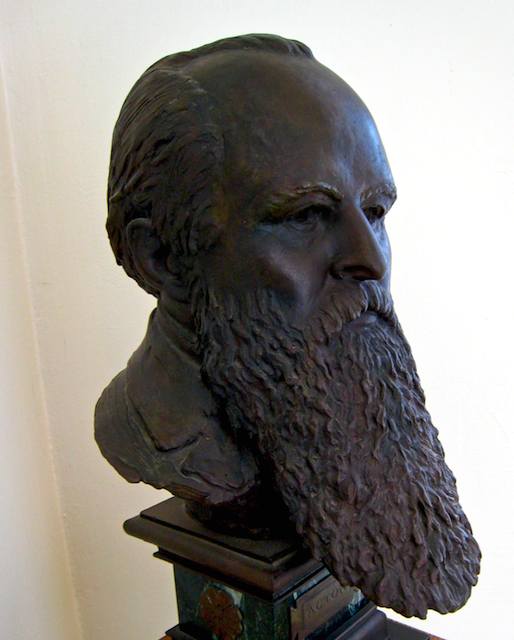 Guess who I came on the other day in the University Library? None other than Lord Acton, the celebrated Catholic historian, who in 1887 wrote to Bishop Creighton:

“I cannot accept your canon that we are to judge Pope and King unlike other men with a favourable presumption that they did no wrong. If there is any presumption, it is the other way, against the holders of power, increasing as the power increases. Historic responsibility has to make up for the want of legal responsibility. Power tends to corrupt, and absolute power corrupts absolutely. Great men are almost always bad men.”

Spot on. But didn’t these Victorian grandees have weird facial hair? How did they eat soup? I’ve seen a photograph of his Pa and he was just as bad.

Later: Bill Thompson emails with the information that,

The children’s writer Philip Ardagh has a similarly long and bushy beard and his party trick when he is talking to schoolchildren is to take a pencil case and hide all of its contents in his beard – pens, pencils, protractors, the lot. It’s very impressive. Perhaps Acton did something similar in the House of Lords…